Authorities in Paris have taken extra measures in an attempt to contain the COVID-19 pandemic. They have banned people exercising outdoors during the day to try and stem the surge in the number of infections and deaths. No one will be allowed to exercise outside of their home between the hours of 10am and 7pm. The move is in reaction to greater numbers of people taking to the streets in recent good weather and flouting lockdown rules. There have been over 10,000 deaths in France, putting it in fourth place on the fatalities list behind Italy, Spain and the USA. Paris Mayor Anne Hidalgo said the new ruling would prevent further transmission of the virus and lead to a flattening of the curve. 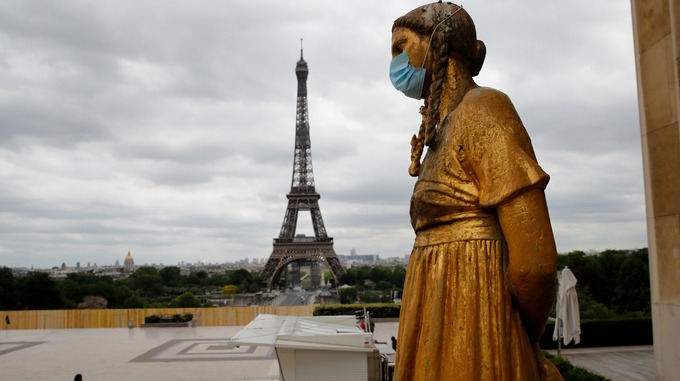 Scientists from the Eindhoven University of Technology explained that when people exercise, there is a greater spread of viral load in the air. They said that when a cyclist or jogger sneezes, coughs or even just exhales, the micro-particles linger longer in the air and spread farther than when someone is simply walking. This poses a danger to the person coming behind them who has to pass through a cloud of droplets. The scientists advised that people who exercise should be given a wider berth. They said walkers should get at least four metres, runners 10 metres and cyclists at least 20 metres. The message in France is similar to that throughout the world - stay at home and follow social distancing rules when outside.